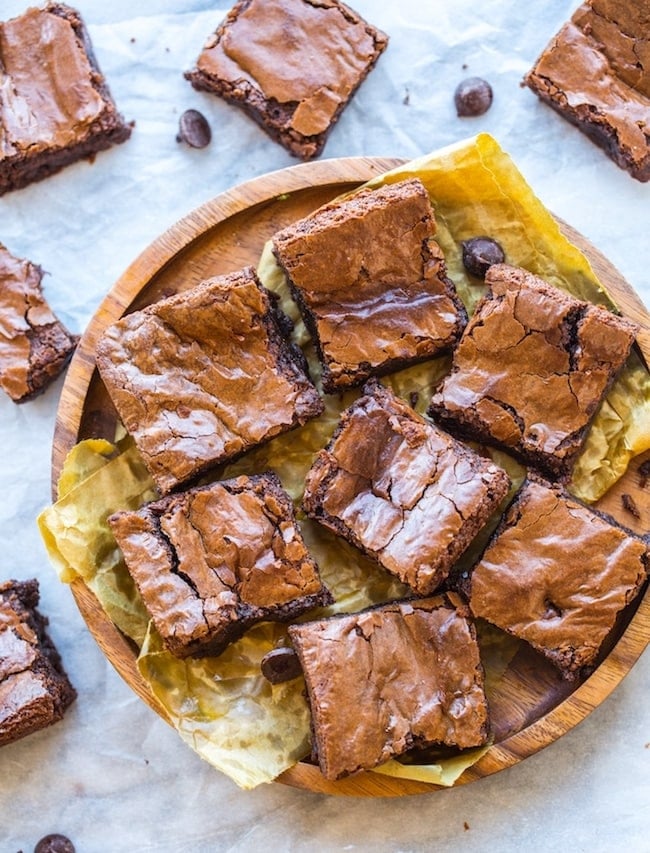 I don’t know about you but I’ve got a lot of opinions about brownies.

If they don’t so much as look right I won’t even bother eating them because I’d honestly rather not waste the calories. And I don’t even count calories.

That being said – I make a lot of brownies because my husband’s love for chocolate is not unlike that of a PMSing woman. With all of the brownies I’ve made him over the years only a couple have made it on to the blog here because I’m so picky about making them right and I don’t want to share anything less than perfect. 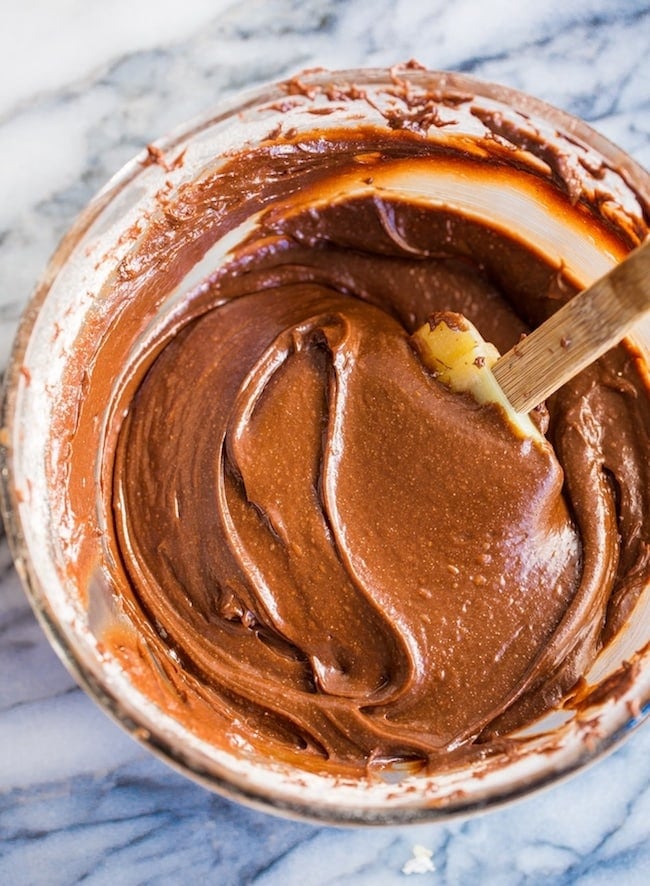 A good brownie must have two key features or I’m out:

Ideally I’d also like a few chocolate chunks thrown in for good measure but I’m not quite as discerning about that.

These chickpea brownies are my new favourite. They’re everything a brownie should be/have and they just so happen to be vegan, grain free & nut free. 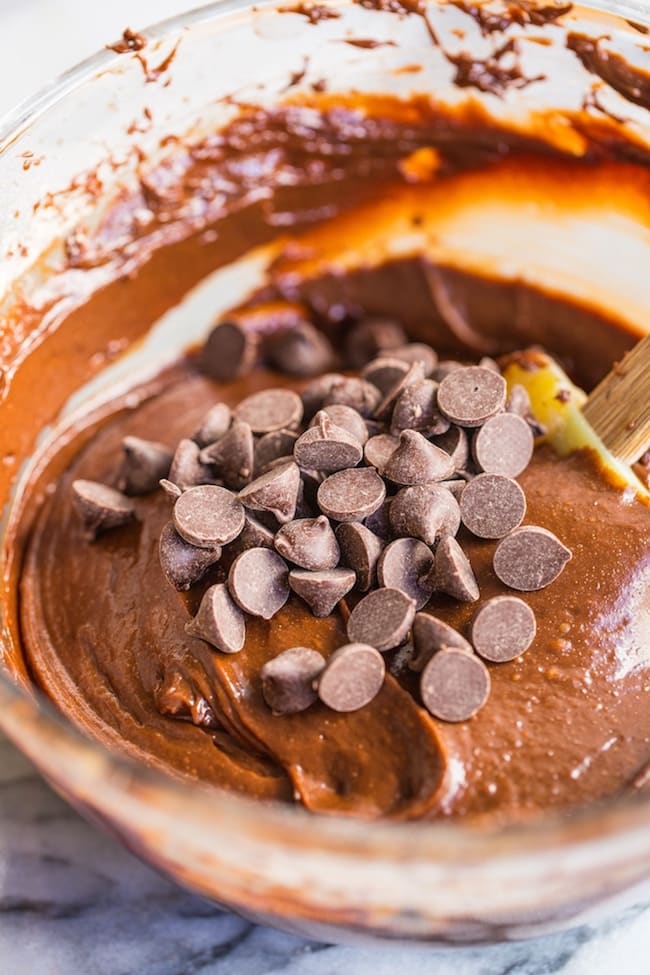 HOW TO MAKE: VEGAN CHICKPEA BROWNIES

First things first just start melting your chocolate and coconut oil to get that out of the way. 30 second intervals in the microwave stirring every so often should do it. Once melted just set aside to cool a little bit while you prep the rest of your ingredients.

On to the next part…Aquafaba: are you familiar with it?

It literally just means bean water… as in the water that you and I used to pour down the sink when draining a can of chickpeas. This website answers a lot of the questions you might have on aquafaba, but basically what you need to know is that the water from the chickpea cans mimic the proteins in egg whites making it a really great egg substitute (See here: gingerbread muffins, blueberry donuts, french bread).

Instead of eggs for these brownies we’re using a combination of aquafaba and also straight up chickpea flour for all our binding needs. Lots of chickpea love going on here.

When using aquafaba in baking it’s often important to whip it up well first. Use either a stand mixer and an electrical handheld mixer to beat the aquafaba and sugar on high – after a couple of minutes it will become shiny and increase in volume.

Once that’s happened you can stir in your melted chocolate & coconut oil. Then start mixing in your dry ingredients: chickpea flour, cocoa powder and baking soda followed by any additional chocolate chips you might want.

Your batter will be thick and fudgy looking. Transfer the batter to a prepared baking tin and use a spoon to spread it out to all the edges of the pan – it might be a little tricky spreading it but you’re on the right track.

Then just pop it in the oven and bake for about 30 minutes before testing for doneness. 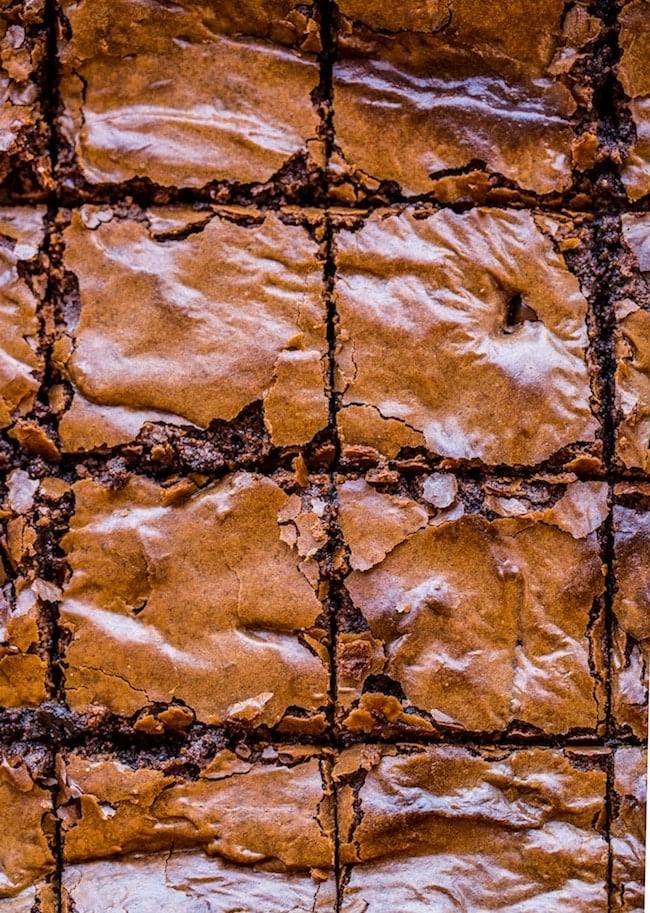 The end result are fudgy, melt-in-your-mouth, decadent brownies that are seriously delicious.

I’ve been making these brownies on and off for the past month or so trying to get them just right and I can honestly say they’re the best brownies I’ve ever made. No question. 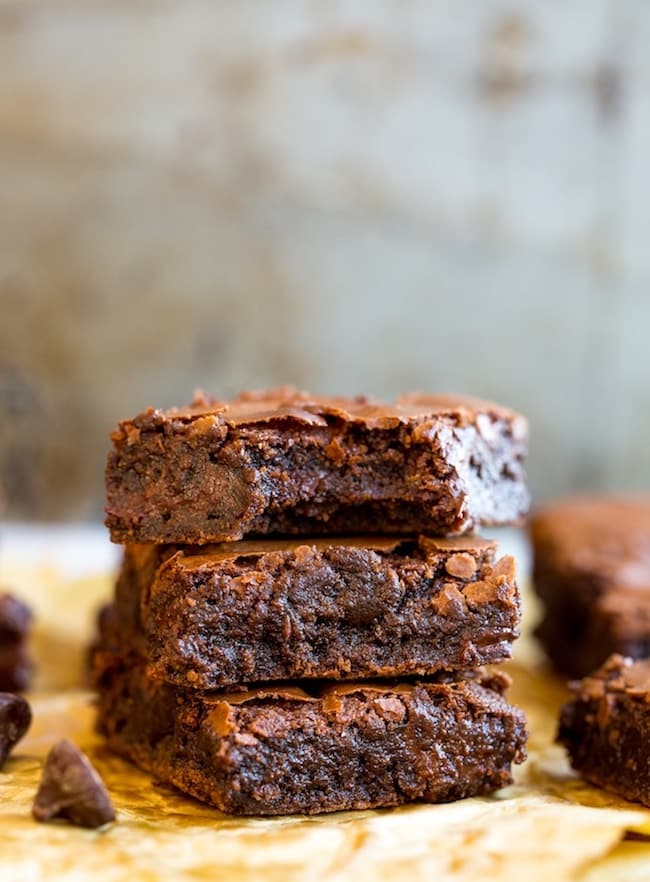 Don’t forget to #asaucykitchen on instagram if you try these Chickpea Brownies! We love seeing what you make!  You can also post your pictures to my facebook page!

Feel free to use coconut sugar in place of white sugar but keep in mind that the top might not have that signature crinkly top.